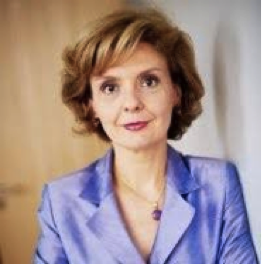 Dr Ruxandra Draghia-Akli is currently working at Global public Health R&D at The Janssen Pharmaceutical Companies of Johnson & Johnson. Prior to this position she served asVice President Public Health and Scientific Affairs at Merck Global Vaccines and was Director of the Health Directorate at the Research and Innovation DG of the European Commission, where she initiated the International Consortium for Rare Disease Research (IRDiRC) along with her counterpart at the NIH (US) Francis Collins. She also initiated or provided support for legislative, regulatory and policy issues in the area of health research and innovation, and established, in consultation with stakeholders, research priorities for the Health Research Programme of the EC. Previously, Dr Draghia-Akli served as Vice-President of Research at VGX Pharmaceuticals (now Inovio) and VGX Animal Health. Her research activities focused on molecular biology, gene therapy and vaccination. She is a global leader in the field of nucleic acid delivery for therapeutic and vaccination applications. She is an inventor on more than a hundred patents and patent applications. Dr Draghia-Akli received an MD from Carol Davilla Medical School and a PhD in human genetics from the Romanian Academy of Medical Sciences. She also completed a doctoral fellowship at the University of René Descartes in Paris, supported by the rare disease association “Vaincre les Maladies Lysosomales”, and a post-doctoral training at Baylor College of Medicine (BCM), Houston, Texas, USA, and served as faculty at BCM. In 2012, she became an honorary member of the Romanian Academy of Medical Sciences. 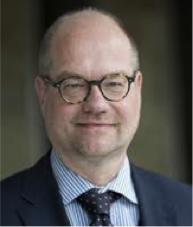 Dr Rüdiger Krech is currently the Director, Health Systems and Universal Health Coverage at the World Health Organization (WHO) covering WHO’s work in the areas of integrated people-centered health services, safe and effective medicines, health workforce, financing and health governance. He also facilitates coordination and coherence between the health systems work of the Organisation and other areas of public health. Prior to that he was Director of the Department of Ethics, Equity, Trade and Human Rights also at the WHO from 2009 to 2012. In this capacity, he was also responsible for WHO’s work on Social Determinants of Health and Health in All Policies. Before joining WHO, he was in charge of German International Cooperation’s (GiZ) work on social protection from 2003-2009 both in its Headquarters in Eschborn near Frankfurt and in India. He has also held various management positions at the World Health Organization (WHO) Regional Office for Europe in Copenhagen in the fields of health systems, health policies, health promotion and ageing between 1992-2003. Dr Krech has studied educational sciences, medicine and public health and holds a doctoral degree in public health. 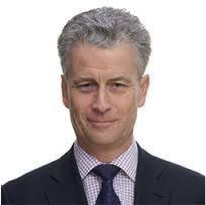 Robert Madelin is the International Chairman of FIPRA (Foresight International Regulatory and Policy Advisers). From 2004-2016, Mr Madelin held a series of senior leadership positions at the European Commission: as Senior Adviser for Innovation, as Director General for Communications Networks, Content and Technology (DG CONNECT) and as Director General for Health and Consumer Policy (DG SANTE). Prior to that, Mr. Madelin was for 20 years a negotiator in international trade and investment, first for the UK, and then for the EU. Robert served notably in the Cabinet of European Commission Vice-President Leon Brittan. He studied at Magdalen College, Oxford and at the French Civil Service College (ENA). His other current major engagement is as Visiting Research Fellow at the University of Oxford’s Department of Politics and International Relations. He is also an Honorary Doctor of the University of Edinburgh, an alumnus Policy Fellow of Cambridge University’s Centre for Science and Policy and an Honorary Fellow of the Royal College of Physicians of London. Robert is the author of ‘Opportunity Now: Europe’s mission to innovate’ (2016). 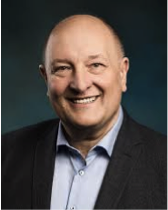 Professor Milan Macek Jr. MD, DSc is the chairman of the Department of Biology and Medical Genetics at the Charles University in Prague – the largest academic medical and molecular genetics institution in the Czech Republic. He was a past President of the European Society of Human Genetics (ESHG), currently a board member of the European Society for Human Reproduction and Embryology and of the European Cystic Fibrosis Society (ECFS). His institute contributes to dissemination of knowledge in genetics gathered within various international European projects, such as CF Network, EuroGentest, EuroCareCF or Techgene, to Central and Eastern Europe. Prof. Macek did his postdocs at the Institut of Human Genetics in Berlin and at the McKusick-Nathans Centre for Genetic Medicine, Johns Hopkins University in Baltimore. During that time, he was also a fellow at Harvard School of Medicine in Boston. Prof. Macek is national coordinator of Orphanet, active member of Eurogentest, has been the chief advisor of the Czech EU Council Presidency under which the “EU Council recommendation on an action in the field of rare diseases was adopted in June 2009. He also serves at the EUCERD committee on rare diseases and is involved in the rare disease-focused initiatives EURenOmics and RD-Action. 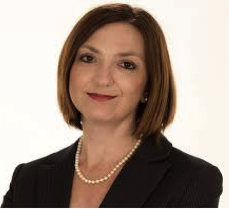 Natasha Azzopardi-Muscat, MD, MSc Public Health, MSc Health Services Management, PhD, FFPH, DLSHTM. Ms Azzopardi-Muscat is the President of the European Public Health Association (EUPHA). She currently works as a consultant in public health medicine at the Directorate for Health Information and Research in Malta, having previously held various senior positions in the Ministry of Health in Malta, including that of Chief Medical Officer. Since 1999 she has also been a resident academic at the University of Malta where she lectures on health systems and health policy. Her main research interests are European Union health policy and small state health systems. She has authored several publications on these topics. Didier Schmitt currently works on space policy at the European External Action Service, the diplomatic service and foreign and defence ministry of the European Union. At the European Commission his first focus was on space policy, having worked in the Space Policy Unit at the European Commission from 2009–12. From 2012-2014 he was scientific adviser and foresight coordinator in the Bureau of European Policy Advisers to the President of the European CommissionHe co-authored the first inter-institutional report of the European Union on future trends: “Global trends to 2030: Can the EU meet the challenges ahead.” Prior to that, at the European Space Agency he managed human and robotic exploration preparation programmes, including the use of the International Space Station (1997–2009). In his academic career, he was associate professor at the Toulouse medical school and the International Space University (1992–1997). His educational background is a PhD in biosciences in addition to being a certified medical doctor. Currently working in the European Union diplomatic service, he is a regular opinion writer in mainstream French newspapers on future issues in science, technology and policy.

Dr Philine Warnke has been coordinating the Business Unit Futures Thinking and Dialogs in the Competence Center Foresight at Fraunhofer ISI since 2014. After finishing her studies of mechanical engineering at the University of Essen, Philine Warnke completed her PhD within the interdisciplinary DFG postgraduate program “technology and society” at the University of Darmstadt in an STS (social science technology studies) framework. Since then, she has been active for more than a decade as a researcher in innovation studies, with a focus on socio-technical change and Foresight processes. As project and team leader at Fraunhofer ISI, the “Institute for Prospective Studies” of the European Commission (JRC-IPTS) in Sevilla, Spain, and the Austrian Institute of Technology AIT in Vienna, Austria, she designed and implemented a number of Foresight processes in support to decision makers in policy, society and industry in Europe and beyond. Through many contributions to conferences, seminars, guidebooks and journals, she contributed to advancing and sharing insights on Foresight theory and practice. 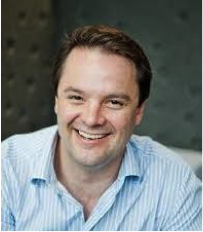 Dr. Simon Kos joined Microsoft in 2010. He brings insight and experience from over 19 years working in the healthcare and Health IT industries. As the doctor on Microsoft’s Worldwide Health team, he is responsible for clinical strategy and industry engagement. He raises awareness of the Microsoft brand, technologies and partner community, and works to find clinical relevance for Microsoft products. Prior to coming to Microsoft, Dr. Kos worked with global health IT companies Cerner and InterSystems as they implemented some of the largest e-Health initiatives in the Asia-Pacific region. His responsibilities included product design and localization, clinical engagement, industry thought leadership and team management. Before his career in health IT Dr. Kos practiced clinical medicine Australia for several years with a focus on critical care. Dr. Kos has an MBBS and BSc(Med) from UNSW, and an MBA with a major in change management from AGSM. He is passionate about improving healthcare through technology. 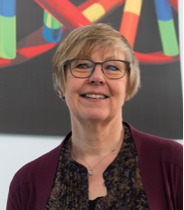 Professor Kate Bushby is a clinical academic with joint appointments between Newcastle University and the NHS. She is a member of the Neuromuscular Research Group within the Institute of Genetic Medicine and plays a leading role in the National Commissioning Group (NCG) for rare neuromuscular diseases. Professor Bushby has a long-standing interest in the molecular genetics of the limb-girdle muscular dystrophies and related disorders and is interested in the best possible development and implementation of care guidelines as well as clinical trials. Her team has developed an extensive programme of research in NMD from basic molecular pathology to clinical studies. In November 2014, Kate Bushby along with Volker Straub and Hanns Lochmüller launched the John Walton Muscular Dystrophy Research Centre. The Centre will focus on three key research areas: translational research, innovative clinical trials and international networking. Prof Bushby has been actively involved in many European projects including being a founding co-ordinator of the TREAT-NMD Network of Excellence whose objective is to ensure that the most promising new therapies reach patients affected by neuromuscular diseases as quickly as possible. Kate has played a leading role in the European and national rare disease policy area, acting as vice chair on the European Union Committee of Experts on Rare Diseases (EUCERD) from 2010 to 2013, mandated to assist the European Commission in the implementation of rare disease activities in all member states, and the led the EUCERD Joint Action on Rare Diseases. She also acted in the capacity of expert on the Commission Expert Group on Rare Diseases until 2017 and was one of the key experts spearheading the development of European Reference Networks. 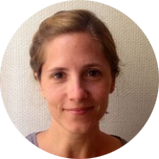